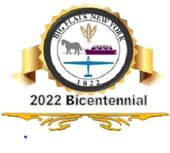 Promote an appreciation of our heritage by developing and understanding Big Flats history in the minds of all its inhabitants.

We hold a pancake breakfast in our pavilion the 2nd Saturday May, June, July, August and September each year. Eggs, sausage, fruit, coffee and all the pancakes you can eat for $6.00. Everyone is invited.
​Breakfast Chairmen - Sally & Earl Wright, Carmella Coppola 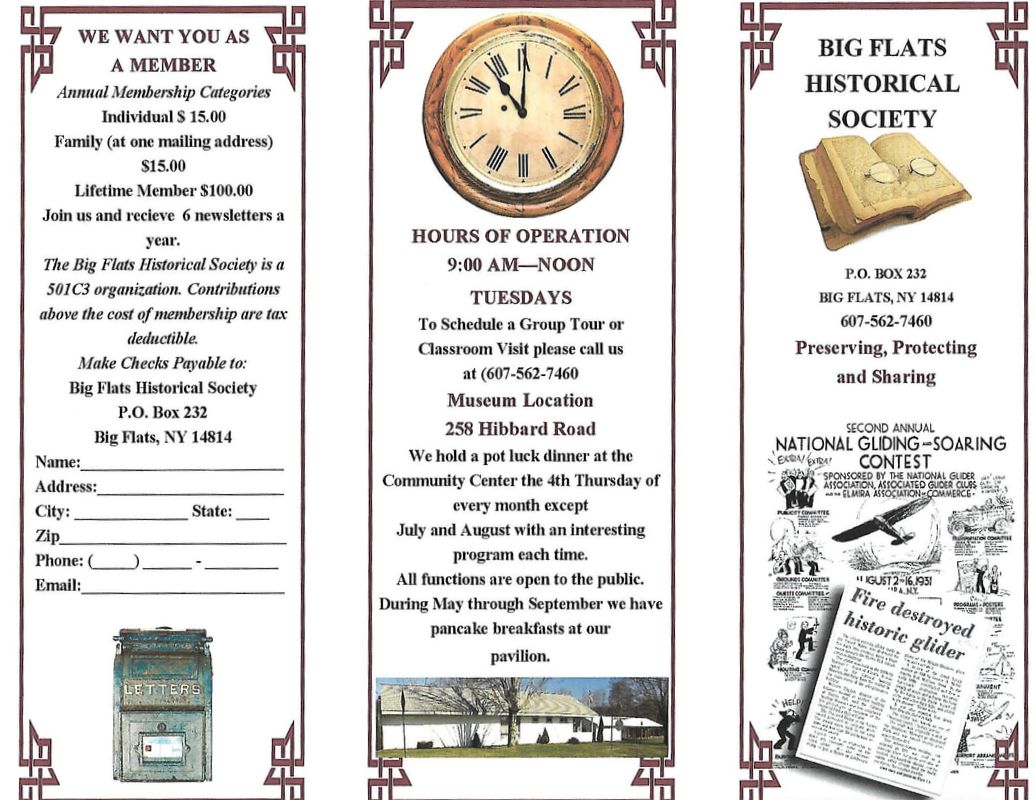 LOOKING FOR THE TOWN HISTORIAN? The Big Flats Historical Society is the Town Historian. Contact us if you need information 607-562-7460 or ​bfhis258@gmail.com or under contact in above banner.
﻿​INTRODUCTION TO BIG FLATS NEW YORK

The Town of Big Flats, encompassing 26,097 acres of land, probably has as varied and interesting history as any known town of equal size in any area. Big Flats has changed from the ice age and the great mammoth, down through the ages to the present day of the jet age. Findings of tusks proved that this valley was an area the great mammoth ranged. This valley has been the scene of an ever changing panorama.
The very earliest written references to the area which we now know as Big Flats, and the Indians called Atsingnetsing, praise the scenic beauty and the fertility of the soil. “Great Flatts” it was often called by the early settlers referring to the broadening of the Chemung Valley where the Chemung River, near the hamlet of Big Flats, turns rather sharply to the southeast on its way to Chesapeake Bay. Atsingnetsing quickly became Sing Sing to the early white men. Today it is the specific designation of a good trout stream which empties into the Chemung River.
Indians inhabited the Big Flats area with several camps; the largest of which was Runonvea. It was located a bit south east from the hamlet of Big Flats. Many Indian relics have been found in the area of this camp. This beauty and fertility was not lost on the soldiers of the Sullivan Expedition when they visited Big Flats area to destroy the Indian Village of Runonvea and drive the Indians from the area. Some Indians continued to live about the area until 1791 when title to the lands was extinguished by a treaty.
In March 1783 an act was passed by the State of New York most favorable to persons who would settle in this new land, by giving land grants. Thus, in the spring of 1787, Christian Myneer (Minier) with his wife and seven children came up the river through the “Gateway to Big Flats” and landed on the north side of the Chemung River. He was honored as the first settler, planted the first orchard, building the first log house. Remaining were he settled, in March 1791 he received a certification or deed for his chosen ground. His son was the first white child born in the town. His descendants still live and conduct business in Big Flats.
However, Christian Myneer had hardly roofed his shelter when other settlers began to arrive. Enlarging the community enough that a Baptist Church was organized in 1807, land for a cemetery donated in 1809 and a Post Office was also established in 1809. The Town of Big Flats (Flatts) was established in 1822.
Lumbering was one of the ready and profitable sources of income to the early Big Flats settlers and by 1850 at least nine saw mills flourished within the town. Lumbering reached its peak when agriculture began to take over.
Meanwhile the Feeder Canal had been built from Gibson through Big Flats and joined the Chemung Canal at Horseheads, a sixteen mile waterway. This opened in 1833 bringing an immense amount of traffic through Big Flats. An estimated one eighth of all tonnage of coal, grain and lumber to or from Albany NY passed through the feeder canal. Canal boats were pulled by mules or horses and were limited to a speed of four miles an hour.
The Erie Railroad had been built through the town in 1849, with the Delaware Lackawanna and Western following in 1882. This was to provide better shipping accommodations for dairy products and animals.
In 1850 the first tobacco was grown. The rich valley soil was especially adapted to the growth of tobacco, and made record strides in becoming a main source of income. This venture peaked about 1908 – 1918 and at that time there were some 2000 acres under cultivation and there were five cigar rolling factories in the village. People came on train to work in the cigar factories and tobacco warehouses. Big Flats was thriving.
The Schweizer Corporation probably did more to bring attention to the Big Flats area than anything that had happened previously. For the Schweizer Corporation was the foremost manufactures of sail planes. The great interest in sail planes and gliders led to the development of Harris Hill as a launching area. This activity led Harris Hill to be known worldwide, bringing the designation “Glider Capital of America” to the area.
Big Flats encompasses the Elmira-Corning Regional Airport. Originally American Airways leased 100 acres of land for an emergency landing strip in 1926-1927. Today the airport has grown to 1000 of acres with thousands of travelers embarking for points around the world.
The great farms are now being sold for houses, hotels, malls and industry. We are fortunate in having some records of the early days of Big Flats, and for those who may wish to study the history of our beautiful “Great Flatts” area in more detail we invite you to become a member of the Big Flats Historical Society.
﻿
The following pictures are just a sample what is in our museum, click to inlarge. 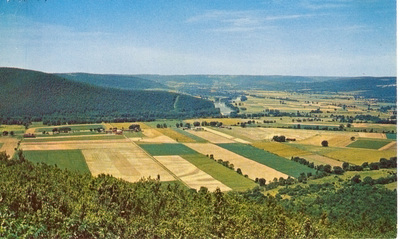 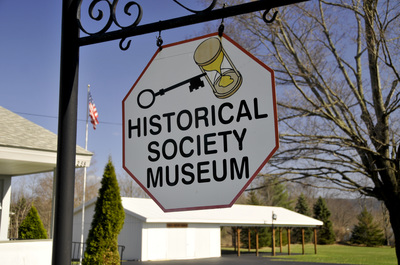 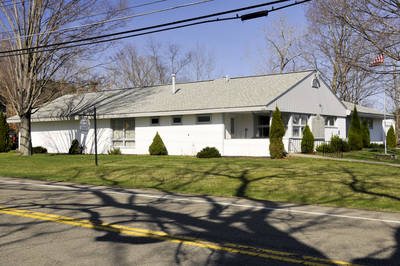 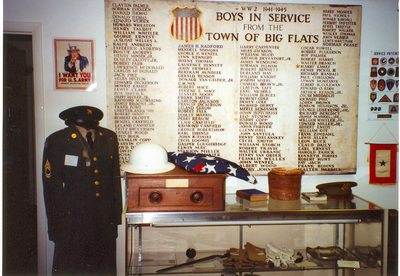 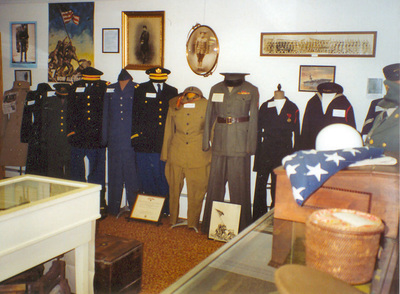 Some of Our Warriors 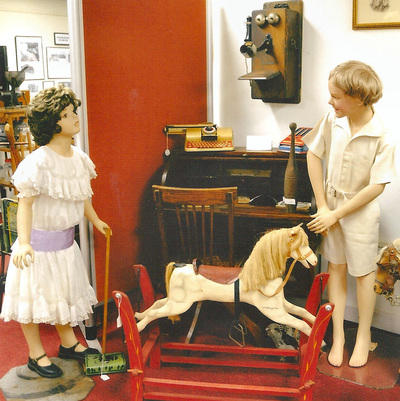 Part of the Children's Room 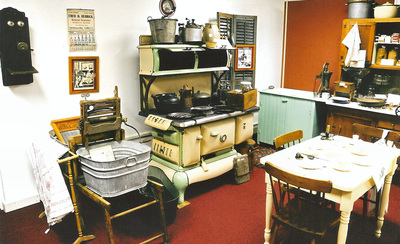 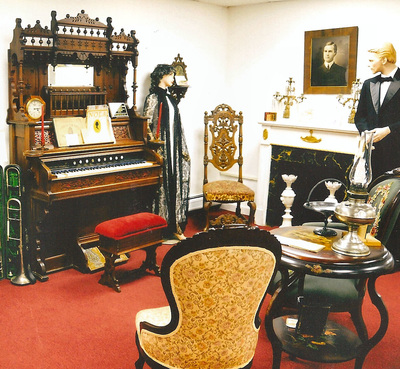 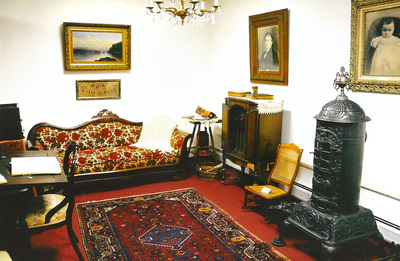 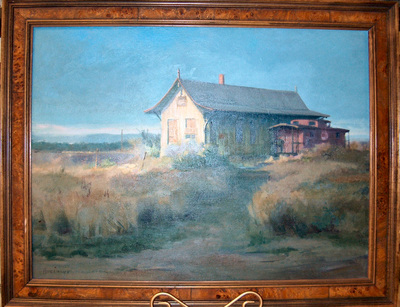 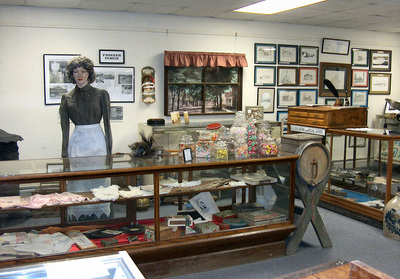 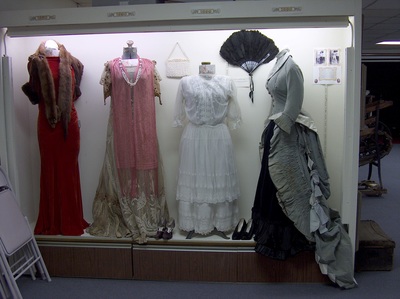